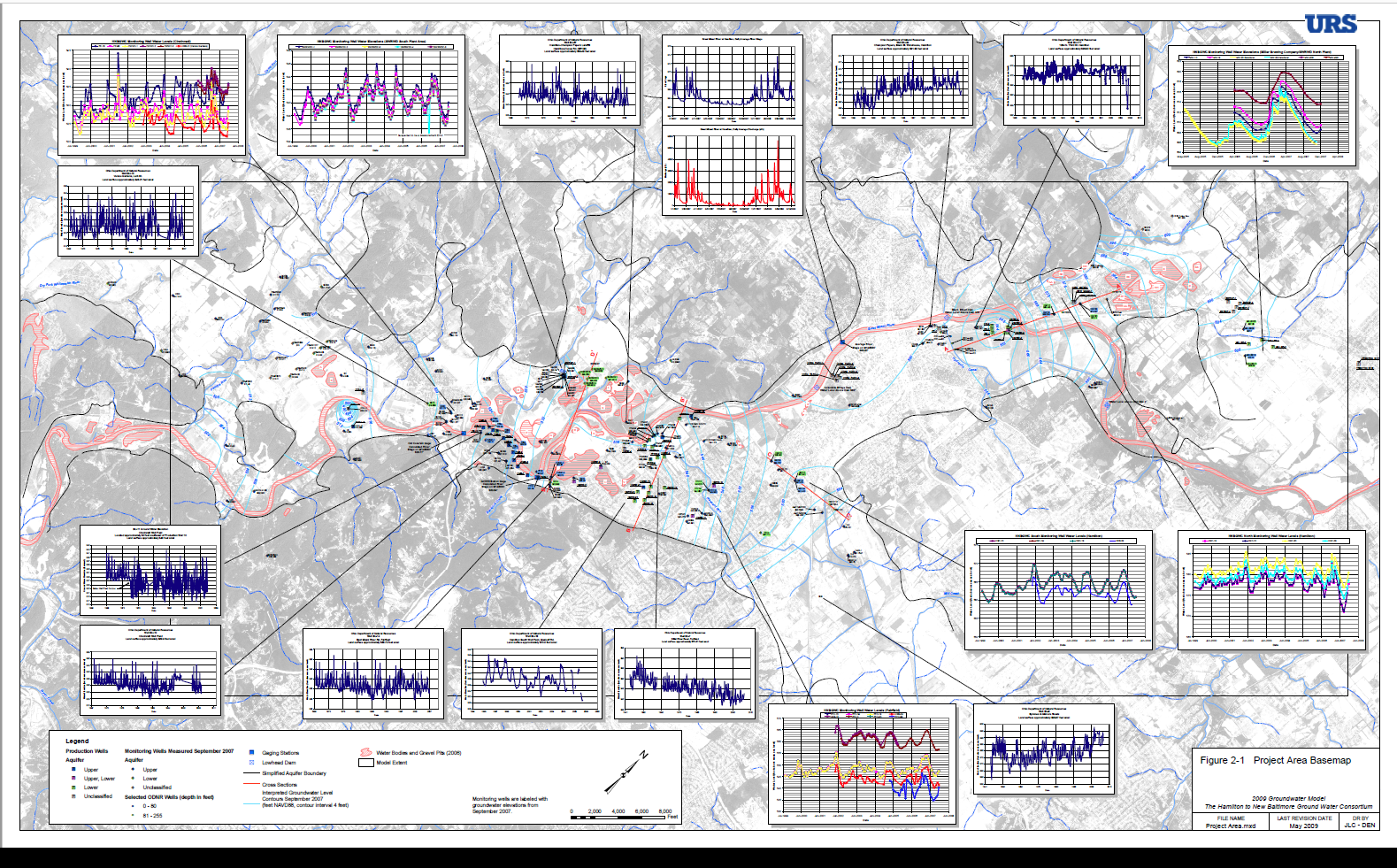 The Consortium delineated a one, five, and ten year TOT using a numerical groundwater flow model known as MODFLOW. The program, developed by the U.S. Geological Survey for specialized groundwater investigations, considers a variety of aquifer characteristics when determining the boundaries of the TOTs. This includes the influence of recharge from surface water and precipitation, the ability of groundwater to move through the aquifer media “hydraulic conductivity”, and the influence of groundwater production wells.

The Consortium’s delineation resulted in the identification of four major SWPAs. These are:

Joint SWPA – 12.5 sq. mi. This is the main SWPA. The joint SWPA includes overlapping SWPAs for the City of Fairfield, City of Hamilton South Wellfield, Greater Cincinnati Water Works, and Southwest Regional Water District. Most of the area is in Butler County, but a small portion on the southwest end does extend into Hamilton County Colerain Twp.

The extensive nature of the SWPAs and the number of jurisdictions impacts by the SWPAs has required an unprecedented level of cooperation between all the affected communities.