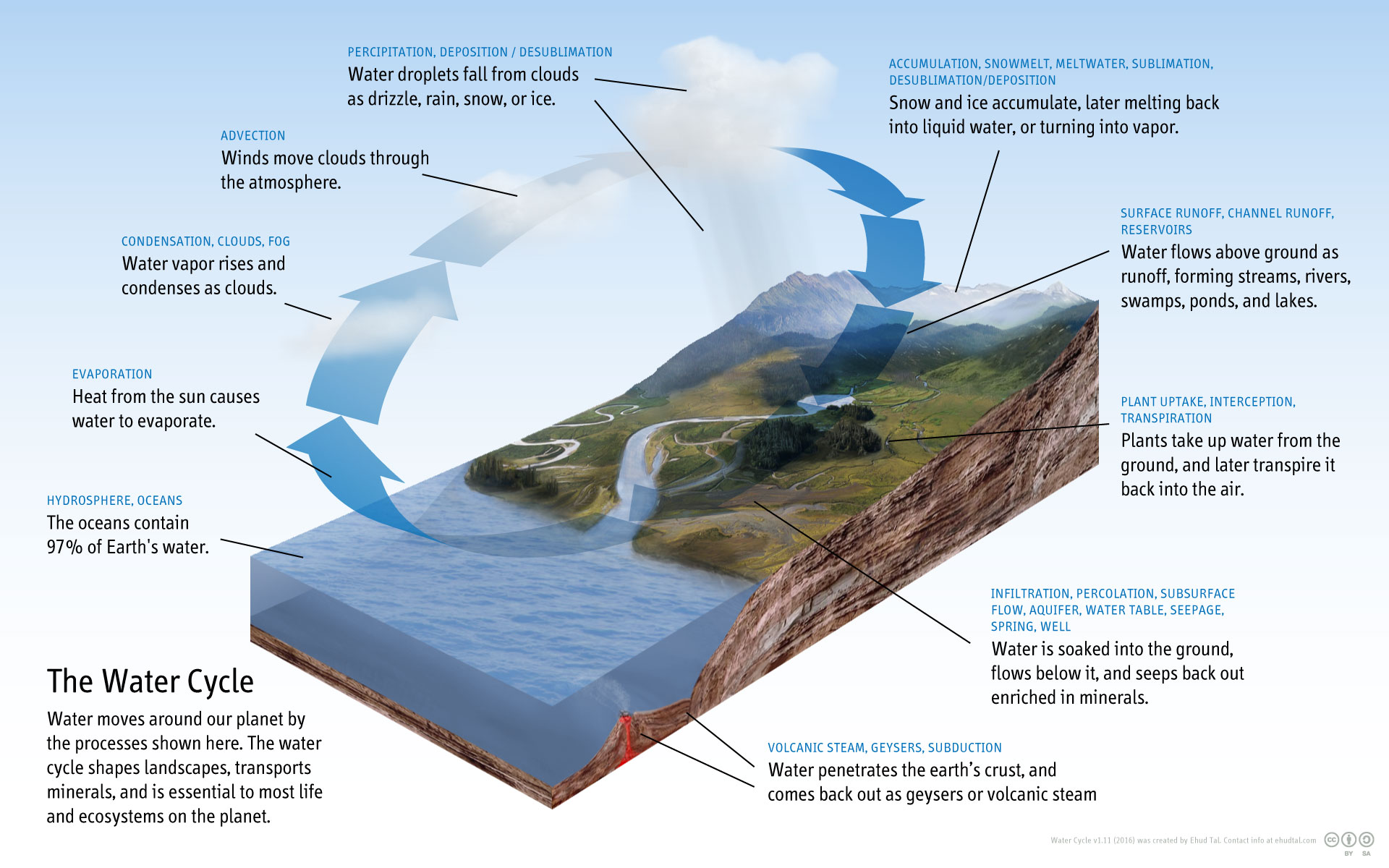 What Is The Water Cycle

The water cycle or hydrologic is a continuous cycle where water evaporates, travels into the air and becomes part of a cloud, falls down to earth as precipitation and then evaporates again. This repeats again and again in a never-ending cycle. Water keeps moving and changing from a solid to a liquid to a gas, over and over again.

Precipitation creates runoff that travels over the ground surface and helps to fill lakes and rivers. It also percolates or moves downward through openings in the soil to replenish aquifers under the ground. Some places receive more precipitation than others do. These areas are usually close to oceans or large bodies of water that allow more water to evaporate and form clouds. Other areas receive less precipitation. Often these areas are far from water or near mountains. As clouds move up and over mountains, the water vapor condenses to form precipitation and freezes. Snow falls on the peaks.

Would you believe that a dinosaur could have once used your last drink of water?

Water on earth today has been here for millions of years. Because of the water cycle, water moves from the earth to the air to the earth again. It changes from solid to liquid to gas, over and over again.