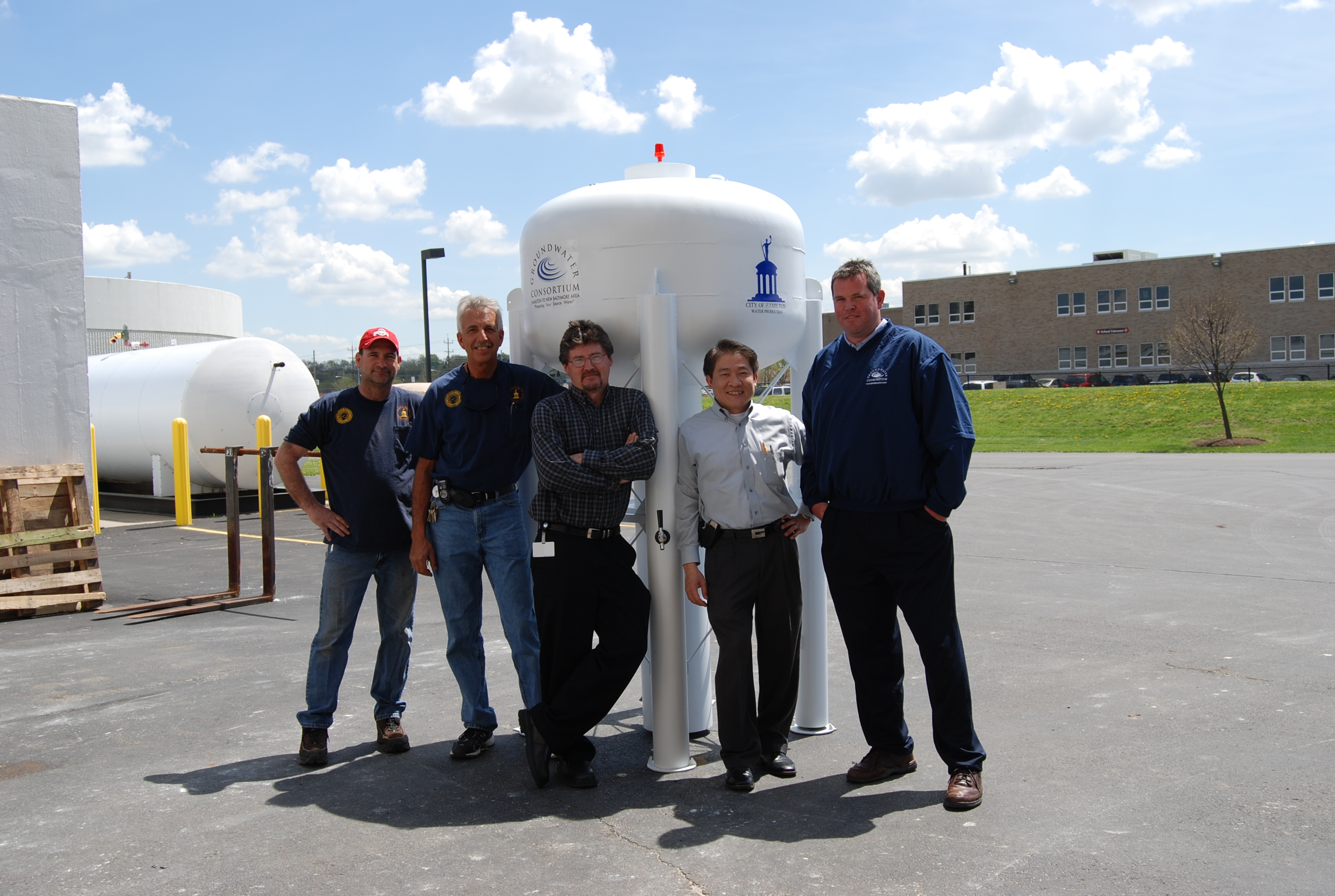 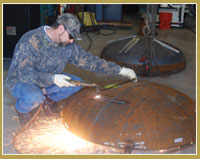 My name is Greg Petredis and I am the Water Production Superintendent for the City of Hamilton, Ohio. Tim McLelland, the Hamilton to New Baltimore Groundwater Consortium Manager, had been repeatedly badgering me for several months while in pursuit of fabricating a portable, chilled tap water dispenser to be used at various civic and educational events. Tim was seeking a similar box-style chilled tap water dispenser as constructed by another local water purveyor. In a weak moment, I finally succumbed and agreed to have our Maintenance Department construct such a dispenser. However, I did agree to this only if it were going to be done right…to look like an elevated tank. 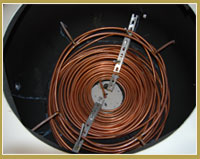 I called for a meeting with Tim McLelland, John Bui (Assistant Superintendent) and the City of Hamilton Water Production Maintenance Staff. After presenting the project to the group and generating various ideas, the task was assigned to two of our best welder/fabricators: Sam Peters (performs the welding and fabricating at our Water Production sites) and Merle Downie (North Plant Operator).

Many designs were discussed before opting for a four-legged, double ellipsoidal tank… or as close to that as we could mange. Thus, the Filter Bank Wash tank at the City of Hamilton’s South Water Plant became the model. 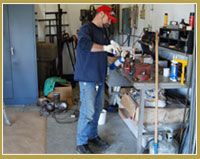 In order to continue with this venture, we presented benefits of the project to City of Hamilton upper management. We discussed the tower’s worth in terms of its ability to promote tap water, and to help decrease the amount of landfill waste created by using bottled water. Also mentioned was the amount of energy that can be saved by not producing and transporting bottles of water.

City Manager Mark Brandenburger, City of Hamilton Deputy Director Operations/Assistant City Manager Charles Young, and Jim Collins the Director of Gas & Water, were very impressed and felt that this would be an excellent way to locally promote tap water and provide public education. 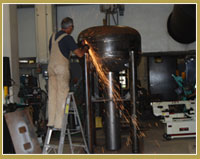 With an approved modest budget, we began collecting supplies and thankfully were able to acquire many items at a reduced rate. Tri-Mac Manufacturing supplied the steel materials at cost, and TNEMEC/ Ohio Coating Consultants provided the paint.

Design
The design has a connection to a potable water tap by using food and beverage grade hoses which are attached to a back-flow preventative and pressure reducing valve. The hose is attached to the tank at the bottom of the riser. Water travels through a length of copper pipe, then lastly several hundred feet of copper tubing. Each leg is equipped with a spigot to dispense chilled tap water. 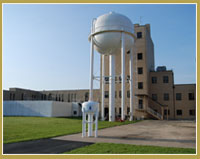 Before an event, the unit is transported in the bed of our crane truck and hoisted off into position. The tank is leveled (each leg has a built-in leveler) and hooked up after careful disinfections. In order to keep the passing water chilled, ice is loaded into the tank bowl on-top of the coiled copper tubing. Upon conclusion of an event, a valve in the upper portion of the riser is opened to allow melted ice to drain through a 1.5″ PVC drain pipe. The spigots and connections are cleaned, capped, and the unit is stored until the next event.

Thus far, the tank has been successfully used at several festivals, and has been huge hit with the people in attendance. Thanks to the generosity of the City of Hamilton and their employees, chilled tap water is still being served in bio-degradable cups to thousands of locals at events such as Hamilton Earth Day and Great Miami River Days. We always look forward to using the Mini Water Tower at annual events, and hope to see you at our tank enjoying some of Hamilton’s finest chilled water.