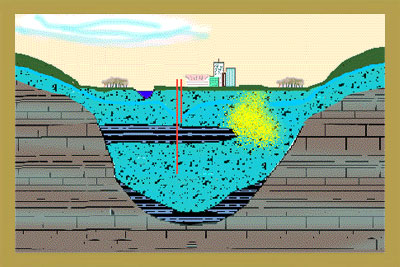 In Step 2, the effect of a complex pollutant, such as gasoline, can be seen. A complex pollutant is one containing more than one compound. When these pollutants reach the water table, the different compounds often separate and either sink or float within the aquifer.